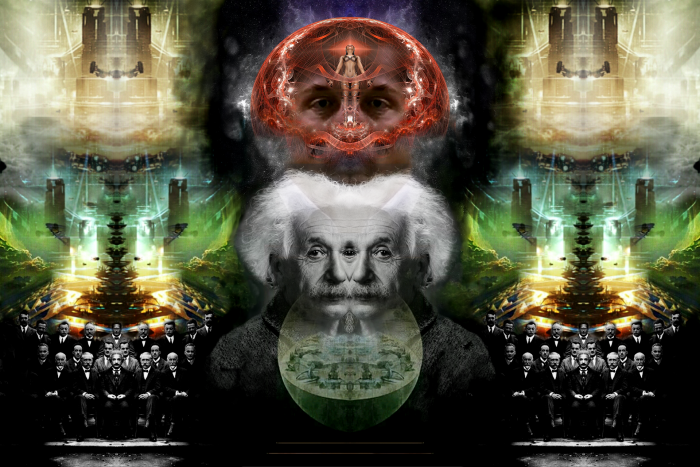 Many modern organisations are unthinkingly locked into an organisational culture that began with the Industrial Revolution in eighteenth-century Britain and was fully developed during the Second Industrial Revolution in the US. The great success of these revolutions – creating modern business and generating huge wealth – makes it easy to believe that what worked as a way of managing great corporations in the early 1900s is still the best way to run an organisation in the twenty-first century.

But times have changed.

In our book, My Steam Engine Is Broken: Taking the organization from the industrial era to the Age of Ideas, we set out three core ideas.

Locked in an industrial mindset

The great corporations of the early twentieth century happily adopted Frederick Winslow Taylor’s Principles of Scientific Management, which argued that a new class of executives – managers and planners – were needed to reveal the ‘scientific’ approach to any particular task, which would yield the one best way of performing that task. Taylor was unabashedly prepared to argue that most workers were, in his words, ‘too stupid’ to discern the ‘science’ of their activities. Even workers with considerable skills carrying out complex tasks were, in Taylor’s view, not the right people to deal with ‘the science’ of their work, since even if they had the capacity properly to plan the best approach to their work, this would distract them from the work itself – what was needed was another other sort of being: the manager/planner.

From this patronising worldview emerged the persistent modern model, in which every worker must have a manager, and that managers are superior to workers. Whatever Taylor may have said about ‘friendly’, ‘harmonious’, and ‘intimate’ cooperation between managers and workers, the mould was cast: workers worked; managers and planners (needed in surprisingly large numbers) managed and planned.

When ‘the one best way’ is imposed on people in this way by a rigid, status-laden hierarchy, it creates the kind of dehumanising, de-energising, stressful and unhappy working environments that are still far too common today. It is rare to come across any organization where aspects of these behaviours are not still clearly in place, with the obvious result that people feel put upon rather than inspired, and what should be a genuine community working together to achieve the same end is turned into an unnatural environment where one class of employee is constantly assessing, appraising and judging the other class. This is particularly damaging in the knowledge economy: when people are employed for their ideas and for their unique human skills (such as emotional intelligence), we shouldn’t be surprised if treating them like machines whose outputs are monitored and rated leads to disenchanted employees.

The illusion of control

Of the ten Steam Engine behaviours that we identify in the book, the two most pernicious are those to do with control and measurement. Every manager wants to feel that they are ‘in control’, and measuring everything that moves helps to create an illusion of control. But it is an illusion: a moment’s reflection reveals that we can measure and control processes, but not people. Dealing with people – human beings – requires a human approach. It’s trickier, but it’s perfectly doable. The old ‘command and control’ model really is past its sell-by date.

If a new approach to control and measurement will take some adjusting to, the other dimensions that we discuss, such as innovation, communication, devolved leadership, networking, diversity and other aspects of organisational behaviour find a ready audience. ‘You’re right,’ most leaders agree: ‘we really do need to get better at those things.’

Little by little, piece by piece

The behaviours that are most in need of change will differ (of course) from organisation to organisation; it is the precise mix of these various behaviors that creates each organisation’s individual culture.

Only you can judge what is most relevant to your own situation. Our argument is that all of these kinds of outmoded, Steam Engine behaviors interact with each other and that you will find (we believe) that when you address any one of these issues and begin to change the organisation’s behaviour in that one dimension, then the resultant new way of being quickly leads on to new perceptions and different ways of behaving in the other, related dimensions.

Setting out to ‘change the corporate culture’ with one almighty heave is difficult, daunting, and usually doomed to failure. Changing the organisation’s behaviour little by little, piece by piece, is achievable, and will slowly but surely bring about a real transformation, moving the organisation from an industrial mindset to one that is suited to the modern reality of our working lives.

What about you? Do you agree that much organizational behavior dates back to the industrial era? And is that a bad thing, or do the old models still serve? Please do comment and tell us what you think…

A version of this article first appeared in CultureUniversity.com